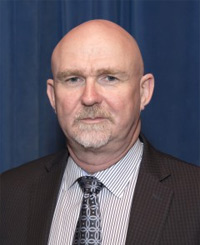 Dr. Logan served for nineteen years as State Toxicologist for the state of Washington, overseeing the State’s forensic alcohol and drug testing programs, and the state Crime Laboratory system. In 2008 he joined NMS Labs in Willow Grove, PA as Director of Toxicological and Forensic Services. Since 2010 he has also served as Executive Director of the Center for Forensic Science Research and Education, a 501(3)c non-profit organization providing forensic science programs for high school, and college students, and continuing professional education for practicing forensic scientists.

Dr. Logan is Board Certified by the American Board of Forensic Toxicologists (ABFT), and has over 90 publications in the peer-reviewed literature including treatises on the effects of methamphetamine, cocaine, marijuana, alcohol, hallucinogens and depressant drugs on drivers, and postmortem redistribution of drugs. He has testified on behalf of plaintiffs and defendants in civil and criminal cases in over 200 trials in ten states, and in federal court.

Logan has received numerous awards and recognitions including the 2010 AAFS Rolla N. Harger Award, and the 2011 National Safety Council Robert F Borkenstein Award. He is currently President of the American Academy of Forensic Sciences, the largest professional organization in forensic science in the world, with over 7,000 members.