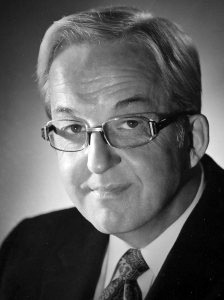 A very brief history of the course is in order. As Prof. Borkenstein might say, alcohol occurs almost copiously and has been recognized as an intoxicant for thousands of years. The study of alcohol as an academic exercise, however, can be traced to the late 1700s when J.J. Plenc proposed the chemical identification of poisons.

In 1948, week-long courses on breath alcohol testing sponsored by the National Safety Council’s Committee on Tests for Intoxication began at Indiana University.Teaching those courses were Prof. Harger, Drs. Kurt Dubowski, Ph.D. and Robert B. Forney, Sr., Ph.D.; Lloyd Shupe and Lt. Robert F. Borkenstein of the Indiana State Police. Drs. Dubowski and Forney, Jr. are among the Center faculty today.

In 1954, Prof. Robert F. Borkenstein, D.Sc. invented the Breathalyzer, the first practical instrument for testing breath alcohol. Whereas the Drunkometer required re-calibration when it was moved from place to place, the Breathalyzer was highly portable.

Then, in 1958, as a result of a symposium on alcohol and road traffic conducted at Indiana University, Harger, Herman Heise, T.A. Loomis, Leonard Goldberg, D.W. Penner and H.W. Smith offered an opinion that blood alcohol concentration of 0.05 percent will impair the driving ability of some individuals. Setting the standard for laws adopted by most of the United States, the researchers concluded that everyone is impaired in the driving function at a blood alcohol concentration of 0.10 percent.

Also in 1958, one- and two-week courses on alcohol and highway safety began at Indiana University under the sponsorship of the late Prof. Borkenstein and visiting faculty. The courses continue today.

In 1964, the Grand Rapids Study with Prof. Borkenstein as study director confirmed that the chances of having an accident increase geometrically as blood alcohol concentration increases. The study also confirmed (among other things) that drivers with blood alcohol concentrations higher than 0.04 percent tend to have more severe, more expensive single-vehicle accidents.

In 1972, an ad hoc committee comprised of Profs. Borkenstein, Dubowski, Forney, Sr., Harger, Goldberg and others issued a statement regarding the basic principle governing the design of breath alcohol instruments. The committee concluded that 2.1 liters of expired alveolar (lower one-third of the lung) air contains approximately the same quantity of alcohol as 1 milliliter of blood, and that continued use of the ratio in clinical and legal applications was warranted. Today, the Center faculty and staff offer forensic scientists, police officers and supervisors of city and state breath test units the finest training available. In fact, satisfactory completion of what has come to be known as the “Borkenstein Course” is a requirement in many jurisdictions. However, our purpose here is not to dwell on the past. Instead, we look to the future in order to provide students with the latest information in the field of chemical tests for breath alcohol and other drugs.